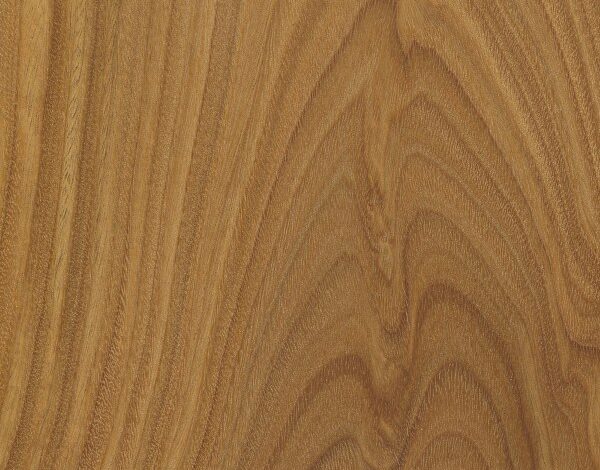 In the world of wood, Lignum Vitae is the stuff of legends. Among commercially available hardwoods, it is widely regarded as the heaviest and hardest wood in the world. It’s unique olive green color, delicate feathered grain pattern, and other-worldly rot resistance only serves to add to its aura.

Unfortunately, Genuine Lignum Vitae (Guaiacum officinale, G. sanctum) has, like so many other exotic hardwoods, been over-harvested: so much so, that in 2003 it was added to the Convention on International Trade of Endangered Species (CITES) Appendix II, which restricts the wood from traveling or being traded across international borders. As a result, a few closely related species outside of the Guaiacum genus—but still within the Zygophyllaceae family—have been substituted.

Endgrain: Although the pores are very small and difficult to make out on both species, examining the endgrain pores is really one of the easiest and most reliable ways to separate these two woods. I suggest cleaning up the endgrain and possibly sanding it to a fine (400+) grit to help get a clear view of the pores and their arrangement. Using a 10x magnifying lens, you’ll notice two things about the pores of Genuine Lignum Vitae: they are almost all exclusively solitary, (that is, none of the pores are bunched together in groups or pairs), and they are arranged in a somewhat random pattern, or perhaps slightly diagonally. However, in the pores of Argentine Lignum Vitae, you’ll notice the pores are frequently arranged in clusters and radial (vertical) rows. This pore arrangement is a dead giveaway for Bulnesia spp.

I read in some other site that Verawood/Argentine Lignum Vitae is toxic, at least when worked. Does it results to you? Do you think this could be a problem while using it, expecially considering the hand moisture?

Thank you very much

Thank you very much for your reply. May anyway ask you if Genuine Lignum Vitae will return available? His cost is very different from Argentine Lignun Vitae? (I think could be interesting for other peoples to, so I ask herre. Hope I’m right)

too* and here*, sorry

Shopping Cart
There are no products in the cart!
Continue Shopping
0