Wood lamination has been around for a long time. Basically we glue multiple pieces of wood together cross-grained to give you a bokken that is very unique. Our exclusive Build-A-Bokken™ lets you create your own combination of woods to have a personalized dynamic bokken. For longer items like jo staffs, lamination will help prevent the staff from warping.

Why should I buy a bokken from you?

We hand select our wood from responsible suppliers with the environment as a major concern. We stand by our work and offer a 100% satisfaction guaranteed. If you feel there is something wrong with the bokken we will fix it so that you are happy. We are in the business of making people happy.

Why do you use exotic woods?

We use exotic woods to give you a product that is as unique as it is beautiful. We choose woods based on different factors to give you a balanced and strong bokken that with last.

How long are the handles?

You can specify the size of the handle when you order.

How do you measure the length of the bokken?

We measure the bokken from the tip to the back of the handle. Our standard bokken is generally 40 inches and our Iwama bokken is 41 inches. We can make a custom length if you prefer.

What is the difference between your standard bokken and Iwama style?

Our standard bokken is our most popular bokken. It combines many styles into one a beauitfully balanced bokken. Like martial arts, our bokken are designed for balance and strength. Through years of trial and error our standard bokken has evolved into design that will fit anyones needs. Our Iwama bokken has a moderate curve and shaped to the specifications of Iwama style. It has a blunt tip and is balanced slightly different than our standard bokken.

A highly engineered wood/plastic composite, Dymondwood has the physical and mechanical properties of high density hardwood, acrylic and polycarbonate plastics, and brass. Brightly dyed northern hardwood veneers are combined with engineering grade resins, heat and pressure to create a product that has the best characteristics of each. Dymondwood is distinguished by its unique strength, durability, dimensional stability, weather and moisture resistance as compared to regular wood.

Do you offer a Military discount?

We offer a discount if you are in the Military, Law Enforcement or a Firefighter. Send us a message to find out how to receive the discount.

What is Argentine Lignum Vitae?

What type of tip is used for the suburito? 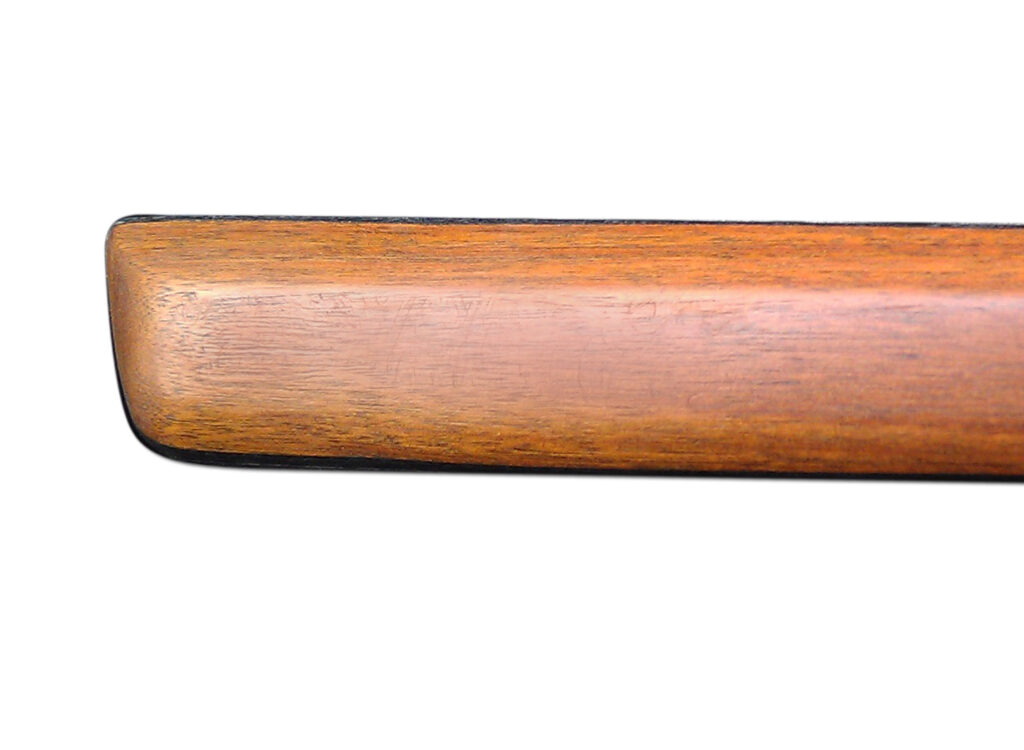 What is the effect of lamination on durability and impact resistance?

By laminating wood together you are increasing the strength of the weapon. Bowyers have been doing this for years. By laminating the limbs of bows, you increase the flexibility and strength of the bow (Blizniak’s Bows coming soon…). When thinking in terms of bokken, you are increasing the amount of impact edges. The more impact edges you have the stronger the weapon will be. You can think of plywood as an example. The layered edge is much stronger than the face edge because you have many layers on the impact edge. The other advantage of laminating is that you can create a more customized weight and balance to the bokken. By varying the types of woods you can get different overall weights. Laminating also creates a unique and beautiful look.

How do you bend wood togheter in the laminate? There is any risk it could detach or separate (for blunt, impacts, suddenly temperature changes or so)?

We do not bend wood together to laminated it, however, this is possible if you have a the right jig to bend the wood and laminate it together. We have only had a bokken de-laminate twice. One was due extreme temperature changes and the other was Genuine Lignum Vitae. Genuine Lignum is not able to be laminated due to the amount of oils and resins in the wood. You want to take care of you laminated bokken and try to keep it at normal temperatures.

What type of finishes do you typically offer for bokken?

We currently use tung oil.

What is the curve of a Bokken ? From end to end, The gap in the middle is what ?

The gap on the Standard bokken is approximately 3/4″.

Do you make tsuba or saya for your bokken’s at all?

Sorry, we do not currently offer sayas for our bokken. We now offer 3d printed tsubas to fit our bokken.

Do you still get any genuine lignum vitae?

Yes we do come across it from time to time. If it is available as a wood choice when you order, then we have it in stock.

Do you ship to Internationally?

Yes you can select your country when you checkout.

Do you have any pictures of what the angled-cut bokken tip looks like? 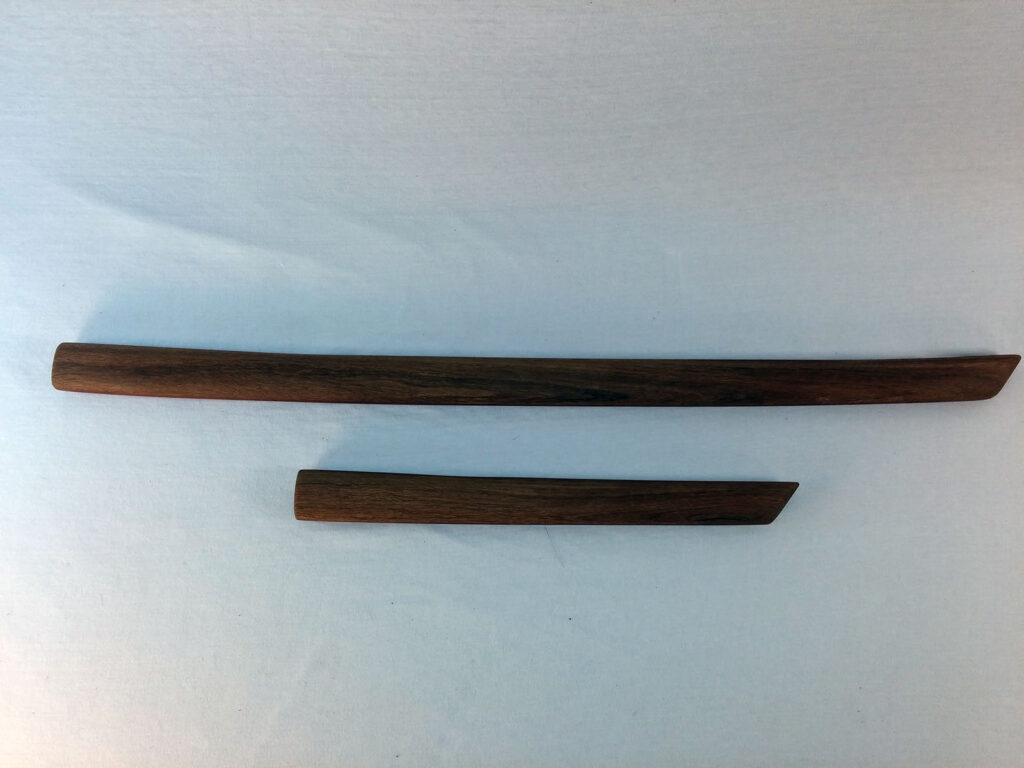 Regarding the Bokken, how sharp are they produced?

I do not make the tips very sharp. They come to a point, but I round it over for safety.

What is the strongest wood that you sell? Are any wood you sell stronger than Hickory?

In my opinion, Ipe is one of the more robust woods that I work with often and it is more affordable as well. It is much harder and heftier than Hickory. Katalox is another very robust wood along with Argentine Lignum Vitae. For more information, you can compare the specs of all the available woods on this page: Compare All Woods You can compare many different factors like rupture strength, hardness, density, etc.