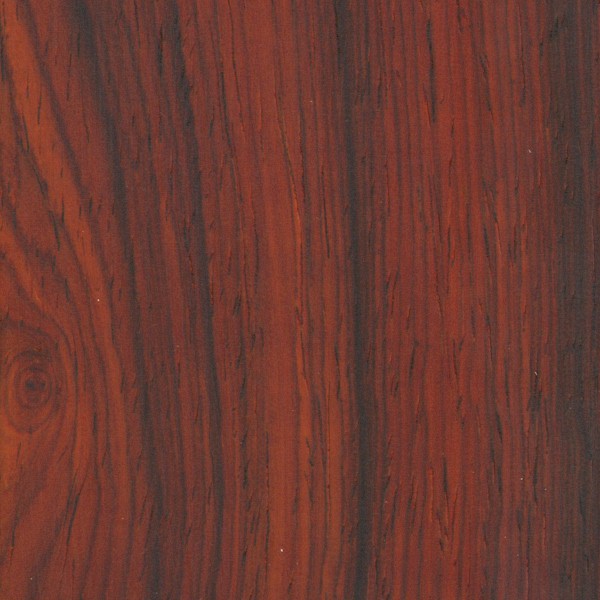 This wood is beautiful! The wood is very heavy and strong. The wood is more on the expensive size so we usually use it for training and not as much for combat. However, this wood will hold it's own against any wood you test it against.

Cocobolo can be seen in a kaleidoscope of different colors, ranging from yellow, orange, red, and shades of brown with streaks of black or purple. Sapwood is typically a very pale yellow. Colors are lighter when freshly sanded/cut, and darken with age

Has small to medium sized pores and a fine texture. The grain can sometimes be interlocked.

Like most rosewoods, Cocobolo has natural oils that give it excellent resistance to decay.

Cocobolo has a distinct spice-like scent when being worked, which some find unpleasant: though it has been used in at least one women’s perfume.

As with nearly all rosewoods in the Dalbergia genus, Cocobolo contains sensitizers which can irritate the skin, and cause allergic reactions in some people.

Cocobolo is in limited supply, (proposals have been made—as of yet unsuccessfully—to add Cocobolo as an endangered species in the CITES Appendix II), and is also in relatively high demand, (for ornamental purposes), and is likely to be quite expensive. Prices should compare similarly to other rosewoods in the Dalbergia genus.

One of today's most prized lumbers for its outstanding color and figure; yet also one of the most notorious for being difficult to glue, and it's tendency to cause allergic reactions in woodworkers. Cocobolo is used for fine furniture, musical instruments, turnings, and other small specialty objects. Also, there are a few misleading reports of Cocobolo's Janka hardness being only about 1,100 lbf, and it's modulus of elasticity at only about 1,100,000 lbf/in2: which is almost certainly either a typo or a different wood than what is commonly called Cocobolo (Dalbergia retusa). Reports indicate that Cocobolo is stronger and denser than Brazilian Rosewood, and that is the basis for the strength values (bending strength and modulus of elasticity) that are quoted at the top of this page. Specific gravity is used to predict the hardness of wood with a fair degree of accuracy, and given its incredibly high density, (it sinks in water), Cocobolo's hardness (and other strength properties) is