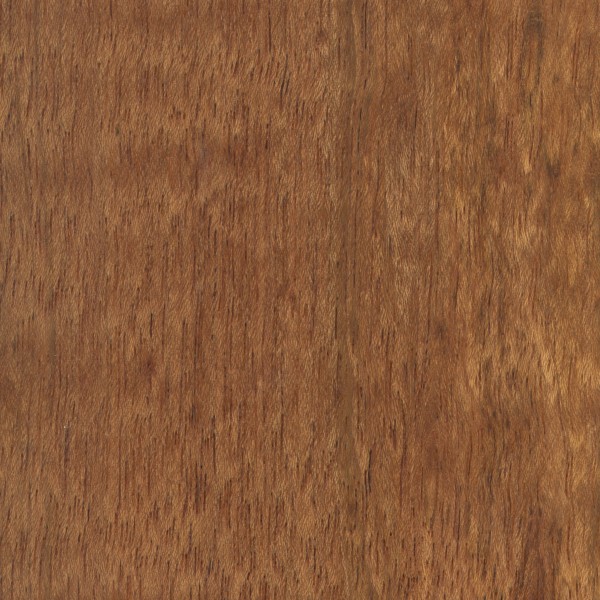 All around well balanced wood.

Wood can vary in color, from a lighter orange-brown, to a darker reddish brown, which tends to become darker with age. The grain patterns are usually bland and undefined, though the wood has a certain depth of luster that’s hard to define. There are sometimes contrasting darker grayish brown streaks or curly figure found in certain boards.

Has a medium to coarse texture with large pores. The grain tends to be wavy and interlocked.

Jatoba is rated as being very durable in regards to rot resistance, and is also resistant to termites and most other insects. (Though it has been reported to be susceptible to attack from marine borers.)

Although severe reactions are quite uncommon, Jatoba has been reported to cause skin irritation.

Jatoba is fairly inexpensive for an imported timber. It’s usually not much more than the premium domestic lumber found in the United States, such as Black Walnut or Cherry.

Although it’s widely named “Brazilian Cherry,” (mostly among flooring sellers), it bears absolutely no relation to the domestic Cherry (Prunus serotina) that is found in the US, except perhaps that its natural color closely matches the common stained color of domestic Cherry that has been aged/stained reddish-brown as seen on some interior furniture. Jatoba is exceptionally stiff, strong, and hard—among the very toughest of all timbers worldwide. The wood is used extensively in a variety of applications, including: flooring, furniture, cabinetry, tool handles, shipbuilding, railroad ties, turned objects, and other small specialty items.